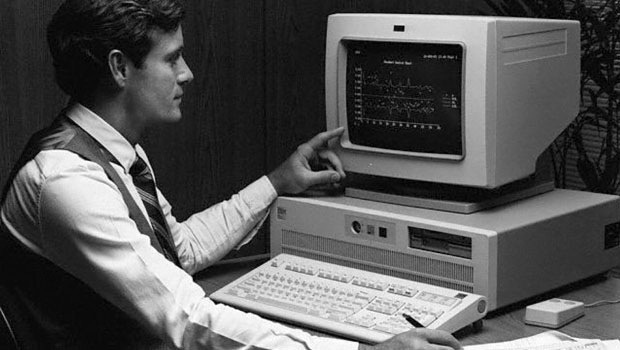 We resume our perusal of Pulse issues from over 30 years ago with the one from January 1986. The Section’s monthly lecture was co-sponsored by its Artificial Intelligence Committee. The title was “Computer Aided Instruction Package for AI, ” and the speaker was Robert Levine of the Sperry Corporation. He described a step-by-step approach to teach the concepts of Artificial Intelligence and Expert System. AI was a hot topic then, and many engineers thought it could come close to doing many human thought processes. Since then it has found many niche applications, but we are still a long way from replacing humans.

The same issue announced the election of Henry Bachman for 1986 IEEE President-Elect. Henry had been the Long Island Section Chair in 1966 and rose steadily through the IEEE ranks. Many of us remember Henry from his association with Wheeler Labs and Hazeltine.

The MTT Chapter sponsored a talk by Kenneth Carr on “The Application of Microwave Technology to the Detection and Treatment of Cancer.” He demonstrated how the microwave heating (hyperthermia) of cancerous tissue, together with radiation increased the success rate. More recently other medical uses of microwaves included reducing the size of enlarged prostate glands and the treatment of heart arrhythmia.

The MTT Chapter was very active that month because they had a second talk on “The Story of the MIT Radiation Laboratory” given by Theodore (Ted) Saad. I recall attending this lecture and spending time with Ted Saad who worked at the RAD Lab as a young engineer. Many Long Island engineers were avid readers of the 28 volume series that was published shortly after the end of World War II. Some of these books, such as the Waveguide Handbook and Radar Systems Engineering and Microwave Antenna Theory and Design are still relevant.

The Section’s February lecture was on “Properties of Amorphous Silicon for Photovoltaic Cells and other applications.” The speaker was John Coleman of Plasma Physics. At the time of his lecture, solar cells had already been shown to be a good energy source, but they were still too expensive. This has changed dramatically in the ensuing years. The speaker, however, accurately predicted the growth of this market.

The IEEE New York Section Computer Society announced plans for a seminar on user-friendly fourth generation programming languages. I wonder about what generation we are up to now.

On Section’s MTT Society described their forthcoming Symposium “Microwave IC’s – hybrid to Monolithic and Something in Between.” This was a very timely meeting because microwave monolithic IC (MMIC) technology was in its early stages of development and it was not clear if hybrid IC technology, which used miniature discrete components, would die out Since then, MMIC chips are ubiquitous and have played a key role in making wireless communication cost effective.

Our Section’s Communications Society had a lecture series on “An Introduction to Spread-Spectrum Communication and Radar” given by Donald M. Grieco of Grumman. This was a high-interest topic then because of the need for secure communications. We were still in the Cold War. It should also be noted that Don, while now retired, is currently our Section’s Life Member Chair

As you can see, our Section was offering state of the art lectures on a wide variety of disciplines. This valuable opportunity to keep up with advances was and still is, one of the best reasons to be an IEEE member.

As always, I wish to thank James Colotti for scanning many of the old Pulse issues on to our ieee.li website and to our former Historian, Rod Lowman for saving all of these Pulse issues.