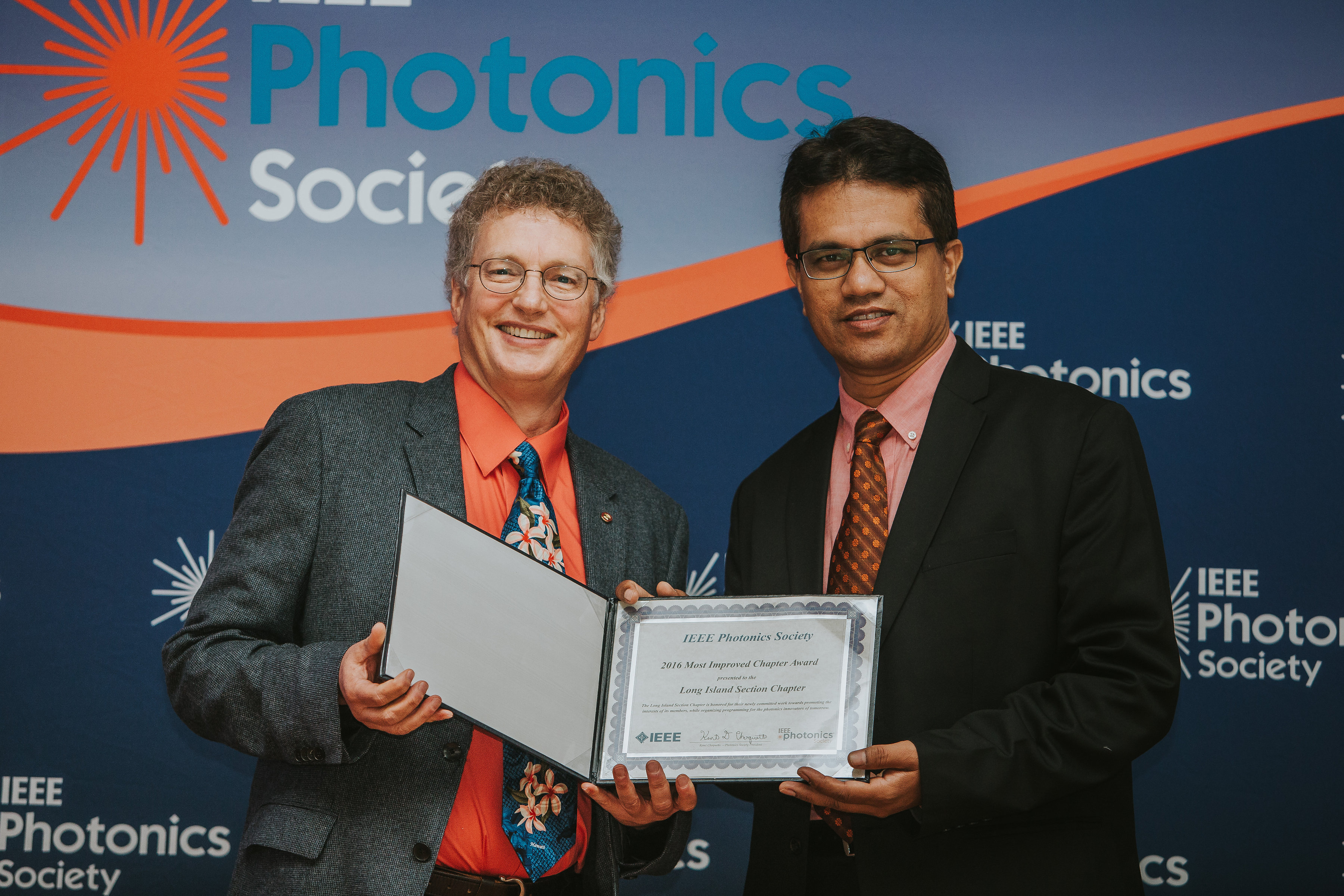 Photonics is the science of light that is being used not only for illumination but also as the carrier of communication signals and medium for processing images. Photonics has applications to almost every field of technology, from the Internet to medicine.

Long Island has considerable interests in photonics, and there are a couple of industries in the region working in the field. As a result, a chapter of the IEEE Photonics Society has been established long ago. However, because of lack of sufficient volunteer service, the chapter got dormant. Then the author took the initiative with the help of other volunteers and IEEE Long Island Section Officers to revitalize the chapter in 2012. Since then the chapter has been very active organizing meetings, workshops, and conferences.

The chapter has so far accomplished significantly in several areas as mentioned below.
1. Grants: The chapter has always been proactive in applying for grants from any potential source. As a result of this initiative, the chapter has been successful in securing the following funds:

2. Photonics Workshop: The chapter organized the first-ever day-long Photonics Workshop on Long Island on June 5, 2015, where distinguished speakers both from academia and industry gave presentations on the research and developments in photonics.

4. Distinguished Speakers: The chapter has been able in inviting distinguished researchers and faculty working in the field to give lectures on Long Island. These include IEEE Fellows, Distinguished Lecturers (DLs), both from the USA and abroad.
5. Award: The IEEE Photonics Society recognized the Long Island chapter by giving the “Most Improved Chapter Award” in 2016. The Review Committee selected the chapter from among several other chapters throughout the world based on its significant accomplishments in a short period.

The author had the privilege to attend the IEEE Photonics Conference in Hawaii on October 2-6, 2016 and receive the award on behalf of the Long Island chapter. The accomplishments of the chapter were highly appreciated at this annual event and presented as a model for other chapters. Among several meetings and presentations that the author attended the conference, the Awards Banquet and the Leadership Forum were the two best events where the chapter activities were presented, and the author got the opportunity to discuss the route to the “Most Improved Chapter” award.

Photonics technology will keep on growing and expanding to more areas. Long Island has a great potential to participate in this venture and contribute towards research and development. The Photonics Society chapter is willing to collaborate with the academic institutions and industries for the development of curriculum, research, and products.